Join 2023 Edraw Special Sales. Get 22% Off before it's gone >>
Understanding Common Law vs. Civil Law
Create a mind map now

What is Common Law?

This is a type of old legal system which was used by the old people living in the territory of British colonies. The system was mainly made to reinsure ethical behavior between the residents of the colonies and to avoid basic feuds between the people. There are a lot of interesting features regarding the common law, which is not seen in the present law enforcement suggest this kind of law was never written and is basically decisions made on judicial legislation. These laws were basically the last ones that had the protection of both parties by not judging one side on the other hand giving an unbiased conclusion of the problem. Common law also dealt with a lot of other problems, such as legal issues regarding properties in physical things among the people of old British colonies as well. 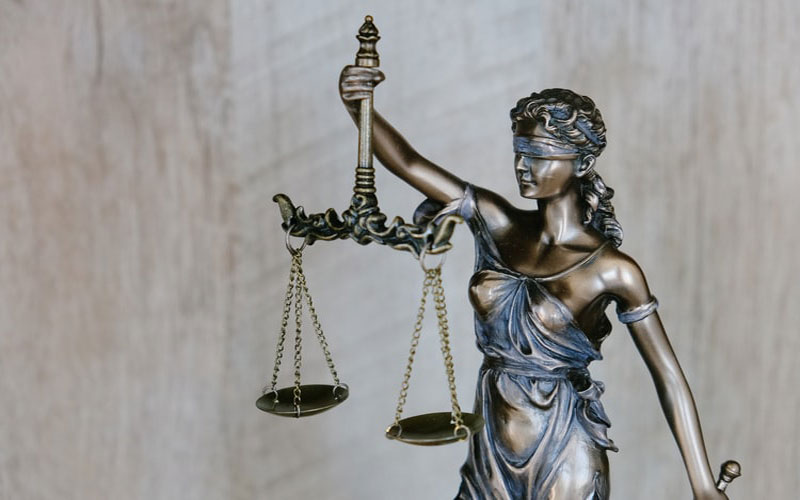 What is Civil Law?

Civil law is also a judiciary system that helps to prevail peace in the world by legal enforcements which was mainly used by the civilizations of French, German, other main civilizations like the colonies of Dutch, etc. this was a famous law system which was also followed by the eastern communities as well as the European communities. This law was legislated in a very legal way that had different kinds of civil codes as well as hard punishments for people who did not follow the rules. This law is also derived from Roman laws and includes Common constitution laws like Common administration, taxation, constitutional laws, etc.

The Main Difference between Civil and Common Law?

Hence the civil blah never got bound in the judicial decisions. A lot of scholars tend to describe various law enforcement and their role in the lives of people; however, common law was defined and noted by only a few of the scholars and didn’t get much attention while on the other hand the civil law has a massive impact on the lives of people and was filled as well.

Actors are people who participate in the law legislation in whatever system of law you are considering. Actors play a vital role in Making sure the decision you take is right. There are different actors in civil law as compared to the actors of the common law as civil law contains different actors known as investigating judge, police, sitting judge as well as prosecutor. All of these people altogether assist in stopping crimes and solve problems in a very effective way. The sitting judges, as well as the investigating judges, work together in order to settle the matter at hand with the help of police that collects the information with the help of the data that was provided by the prosecutor; hence all work hand in hand to provide a legal solution to the problem. The other actors are normally considered as the counselor, the victim as well as the subject.

Common law actors are almost the same as the actors of civil law. However, the word position and collaborating of all the actors is very different. There are different actresses in civil law as compared to the actors of the common law as civil law contains different actors known as investigating judge, police, sitting judge as well as prosecutor. The police majorly investigate the case with practical aspects of legal procedures written in the common law constitution. After that, the prosecutor directly connects with the investigation.

I realize the victim and use sections of last at Easter to solve the case at hand and draw a conclusion of what would have happened. All the data is then transferred towards the judge who will do the further investigation on the case with his experience in the judicial common law reinforcement. The other actors are normally considered as the counselor, the victim as well as the subject.

The main wellspring of the custom-based law structure can be followed back to the English government, which used to provide formal orders when value ought to have been done. Since writs were not satisfactory to cover all conditions, courts of significant worth were finally settled to hear fights and devise fitting fixes reliant on fair norms taken from various wellsprings of force. As these decisions were accumulated and conveyed, it got functional for courts to investigate precedential opinions and apply them to current cases. Furthermore, thusly the custom-based law made.

Common law in other European nations, of course, is all things considered followed back to the code of laws orchestrated by the Roman Emperor Justinian around 600 C.E. Authoritative, authentic codes with builds up in these laws by then made over many various years in various countries, provoking similar general arrangements of laws, each with their own plans of laws. Hence there is a vital line of actions and events that have altered the concept of civil as well as common law none less. Both systems worked well in the time of usage and were found effective and easy for law enforcement.

At the end of the day, common and civil laws are both really important in terms of government level. These laws have been the center point in the people policy and how the rights are distributed in the different communities. No matter the difference between these two, it serves the same purpose for the people. 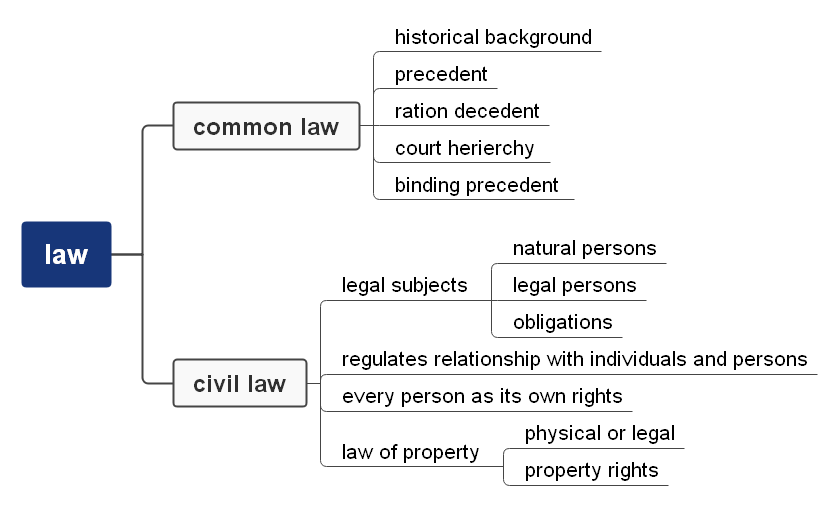 Mind Map v.s. Outline: Understand Pros & Cons with Examples
How to Study in the College with Mind Map?
How to Study for a Test?
How to study for MCAT?
How to get a sleep study?
How to prepare for the real estate exam?