Join 2023 Edraw Special Sales. Get 22% Off before it's gone >>
Understanding Inflation and Deflation with Mind Maps
Create a mind map now

When the costs of services or products rise, inflation happens, whereas when the costs decrease the deflation is witnessed. The stability between these two monetary conditions is complex and crucial, and an economy can rapidly swing from one condition to the next. National banks watch out for the degrees of value changes and take actions to control deflation or inflation by leading financial approaches, for example, setting loan fees. In this article, we will understand in brief what inflation and deflation are, what is the difference between both of them, and what causes them.

The rate at which the cost of services or products increases is called the inflation rate. Inflation frequently impacts the purchasing limit of customers. Most banks attempt to restrict inflation in order to keep their particular economies working effectively.

Inflation is a quantitative proportion of how rapidly the cost of products in an economy is expanding. When the services and goods are in high demand the inflation happens, subsequently making a drop in the availability. Supplies can diminish for a number of reasons booming of the house can exhaust the supplies of building, a natural disaster can cause food deficiency and many more. No matter the explanation or reasoning, the buyers are willing to pay more for the things they need, causing the organizations and producers to charge more. 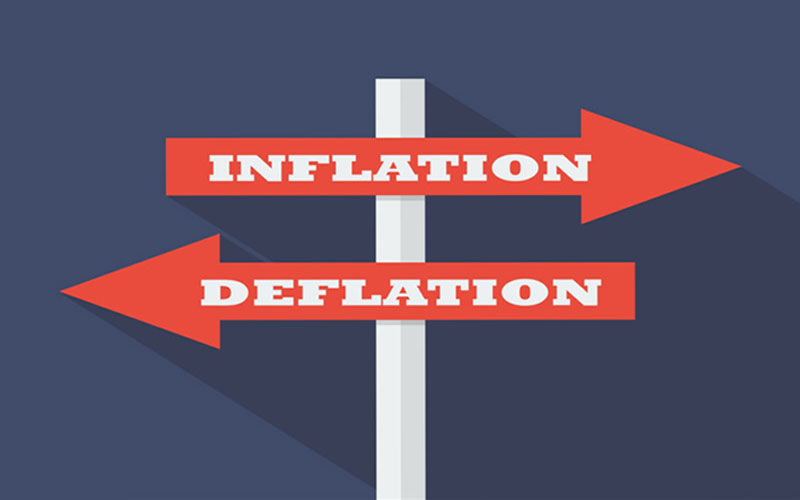 The most widely recognized proportion of inflation is the CPI that is the Consumer Price Index. CPI a hypothetical container of products, including services and goods, transportation costs, and medical care. The government tracks the cost of the services and goods in the container to get a comprehension of the US dollar's purchasing power.

There are multiple causes for inflation, a few of them are mentioned below:

The decrease in the costs for services and costs that happen when the inflation rate falls below 0% is called deflation. When the money supply of the economy is limited, deflation will happen normally and naturally.

Deflation happens when such a large number of items or goods are accessible or when there is not sufficient flow of money to buy those products. Apparently, as a result, then the cost of service and goods drops. For example, if a specific kind of service turns out to be exceptionally famous, different producers begin to introduce a comparative service in the market to compete. Sooner, these service providers have a greater amount of that service than they can sell, so they should drop the cost to sell the service. Organizations that end up finding themselves with a lot of inventory should reduce expenses, which regularly prompts layoffs.

Just as inflation, deflation has effects on an economy too. here are some of them mentioned below:

It was 1997 in summers when a sequence of currency devaluation and similar other events started to take place and rapidly spread throughout the markets in Asia. It is a well-known crisis of history. The Asian Financial Crisis also knows as the Asian Contagion happened when the markets became unsuccessful in Thailand initially as the aftereffect of the choice made by the government to not peg the currency that was local to the US dollar (USD). This did not settle instead it took a rise and the decline of the currency was observed entire East Asia. It spread quickly causing the decline of the stock market. less the revenues of the import and created disruption in the government.

This devaluation was followed and other Asian currencies including the Singaporean dollar, Indonesian rupiah, and Malaysian ringgit all moved lower sharply. These depreciations prompted high inflations and a large group of issues that spread as wide as South Korea and Japan.

The crisis was embedded in a few strings of monetary, financial, and industrial phenomenons. A considerable lot of these identify with the strategy of the economy of growth led by the exports that had been received across growing East Asian economies in the years, paving the way to the crisis. This includes close government cooperation with producers of items to be exported, including exchange rates, subsidies, and favorable financial deals to the US dollar to guarantee a standard conversion good for exporters.

While this profited the developing ventures of East Asia, it likewise elaborates a few dangers. The implicit and explicit government ensures to rescue the domestic and local banks and industries; comfortable connections between East Asian aggregates, regulators, and monetary organizations; and a wash of unfamiliar financial inflows with little consideration regarding expected dangers or risks, all added to a huge good threat in East Asian economies, empowering significant investment in projects that were weak and marginal.

As a result, the major portion of the currencies of East Asia was fallen by as much as 38%. Even the international stock rejected as much as 60%. Fortunately, the intervention on the financial basis of the World's Bank and the International Monetary Funds helped the case stem. The International Monetary Funds mediated, giving loans to settle the Asian economies as well known as the tiger economies, that were influenced. A rough calculation states that $110 billion in loans as short-term were progressed to South Korea, Thailand, and Indonesia to assist them with settling their economies. Thusly, they needed to follow exacting conditions, including higher duties and financing costs, and a drop out in the public spending. 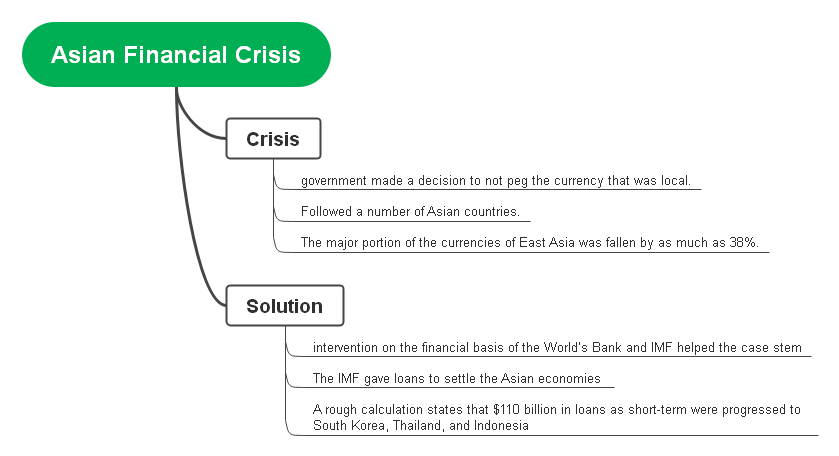 There was a progression of crisis in energy resources somewhere between the years 1967 and 1979 brought about by issues in the Middle East yet the main problems continued to begin in 1973 when the oil producers in the Arab forced a ban.

The price of oil was increased from $3 per barrel to $12 per barrel by 1974 due to the embargo of America and punishing the west for the reason of their support to Israel in the war of Yom Kippur that was against Egypt.

The price rates of oil hit the seventh cloud and resulted in making all the transport services expensive. The government conservative was already fighting the high food prices rates that were an outcome of the global shortage, and the oil crisis became an add-on to the inflation rate.

The claims for higher wages were submitted by the trade unions to stay aware of increasing costs, which prompted an encounter with the excavators and miners, the presentation of a three-day week, and at last the fall of the Tories in an overall appointment of February 1974. Moreover, the Labor government under Harold Wilson did take power however confronted a downfall that incorporate benefits and securities exchange market values. Burmah Oil, a well-known name in the industry of energy, was protected by the Bank of England in the wake of running into issues.

This time of high energy costs was bad for the country as they were already in a poor situation. The slow end of the once profoundly significant British-claimed car industry was hurried by the additional expenses of production.

High oil costs likewise urged a change to more modest vehicles and established the climate in which Japanese firms, for example, Toyota and Honda got predominant in the UK and further afield.

The shock of the oil price likewise changed the British relations abroad, which had been more centered around the risks acted by Russia and China as a cold war. The Middle Eastern nations had been seen up until 1973 as dependable companions. However, the UK and others in the west gave the district undeniably more consideration after the boycott, despite the fact that it stayed set up for a generally short span of time.

From that point onwards – especially after the 1979 oil crisis brought about by the fall of the Shah in Iran – Britain gave substantially more consideration to those territories of the world that could give steady and elective oil and gas supplies, for example, Nigeria and Indonesia. 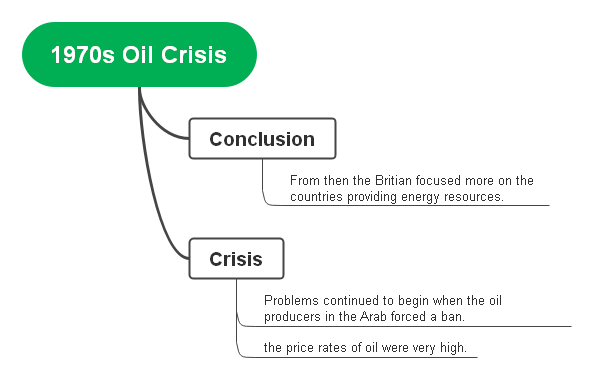 he greater part of the world's national banks targets the level of inflation that is modest, at around 2% to 3% every year. More significant levels of inflation can be risky for an economy as it makes costs of products ascend rapidly, at some point in the increment of the wages. On similar grounds, deflation can likewise be bad for an economy, as individuals hoard money instead of investing or sending with the assumption that costs will be lower too sometimes.

Mind Map v.s. Outline: Understand Pros & Cons with Examples
How to Study in the College with Mind Map?
How to Study for a Test?
How to study for MCAT?
How to get a sleep study?
How to prepare for the real estate exam?